“I met Melissa in September (2010) through Tim Hudson who is an assistant coach with the Sydney Kings. From the first session with Melissa I realised that she has a great understanding and background in natural healing and Pilates. Melissa helped me out enormously to get back on the court asap!  After a major right quad tendon tear and repair almost 18 months prior, I needed alot of extra work to get my body and legs firing again. Through a steady weekly workload we were able to maintain and strengthen during the season to end. I recommend you see Melissa when you’re ready to take the next step”.

“Having started Pilates this year with Melissa it has really helped with my core strength, stability and durability of my body. Having done conventional sit-ups my whole life I felt my core was strong but after working with Melissa it untapped a whole new set of muscles and stabilizers that have helped me with my overall basketball game. I even do Pilates before games because it fires up my core and gets all my muscles switched on in order for me to perform at the best of my ability”.

“I worked with Melissa at her studio for 2 to 3 months while trying to work my way back form 2 calf injuries. I was not very well balanced strength wise and with the workouts that Melissa showed me I was able to come back from injury much quicker and to get my body back to a position that I could play. This was the first time I had ever tried Pilates and I enjoyed it a great deal. I would encourage any athlete to make this a part of their workout regime as it will both increase strength and muscle awareness while limiting the chance of getting hurt. I can now happily say that my glutes are firing. Thanks.”

It's been an absolute privilege & a tonne of "back stage fun" to work with some of the super elite in their fields, from all around the world!

Melissa has worked with Rockstars back stage and during rehearsals amongst the likes of INXS, Terence Trent D'arby, Bryan Ferry, Duran Duran and My Chemical Romance.

Massage and Mindset prep has been a large part of this role and then of course came the addition of Pilates training to help Actors like Cody Fern prepare for his role in "Warhorse" (just prior to being awarded the Heath Ledger Scholarship and cracking Hollywood fame!)

Melissa's Pilates, Naturopathic and Massage wisdom all came together when it came to helping a multitude of professional athletes over the years, to recover from injuries that threatened to shorten their careers or simply helping them find a new edge & extra confidence within their performance. A range of Elite athletes both Junior and Senior competing at State, National and International levels from AFL, womens soccer, water skiing, figure skating, judo, dancing, swimming and the NSW Junior Golf academy.

Finally, the International and local professional athletes in Basketball and Figure skating. Serving 6 rewarding years on the Sydney Kings High Perfomance Unit (2010-2016) helping Ben Madgen 2010/11, Anatoly Bose 2011/12 & Angus Brandt 2014/15 achieve Rookie of the year. In particular Ben & Angus both worked diligantly with Melissa and credit her input to an increased agility in their game amonsgt other things.

More recently Melissa has had the privilege of working with Sydney Flames players Ally Wilson & Alice Kunek, helping  both bounce back from recovery and discover a deeper connection to their core strength & agility.

"Concentrate on the correct movement each time you exercise, lest you do them improperly and thus lose all the vital benefits.  Correctly executed and mastered to the point of subconscious reaction, these exercises will reflect grace and balance in your routine activities." 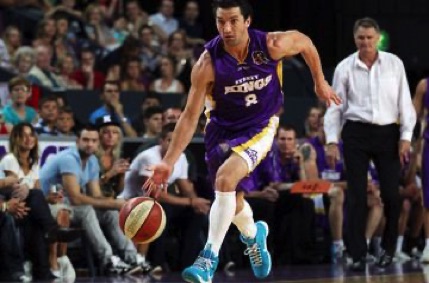 "Working with Melissa Barry is extremely beneficial while embarking on rehab but also when fit and healthy as I did during the 2012/13 offseason. I worked with Melissa 2-3 times per week on core strength and stability, hip ROM and Power, alignment and flexibility. These workouts along with my basketball on court sessions helped contribute to having my best season in the National Basketball League and coming runner up MVP for the league, which was a huge step from the previous season. I felt stronger, in all parts of the game and my body was much better equipped to handle the vigorous schedule of the NBL season."

"So having already felt the difference that working with Melissa could make, and facing a difficult rehab issue, I decided to enlist her help again intensively in the hopes that the difference would be significant. After having shoulder surgery I was at a crossroads with my career. I had a chance to go to Europe and play basketball professionally however if my shoulder did not heal completely, that dream would vanish. I tried a lot of therapy and along with physiotherapy and massage, Pilates proved to be a game changer. I was not only able to gain more core strength from exercises not involving the shoulder, but I was able to come back from an injury that is usually at least a 6-9 month rehab process to playing competitive basketball again in only 5 months. Working with Melissa Barry at Hudson-Barry Pilates I was able to get the right muscle patterns firing around the shoulder, which lead to a sharp increase in both strength and mobility. Once my shoulder was strong enough to take an increased load, the reformer exercises, which specifically targeted my shoulder got me back on the court in a time frame that was thought of as unrealistic when I first had shoulder surgery. This has been one of the most successful season of my career, leading the Beligum league in scoring and shooting career high in percentages and a lot of the credit goes to Mellissa Barry at Hudson-Barry Pilates."

Update: Bethany made the Australian team for the 2009 World Titles in Belgium.........THE LAST RACE

This newsletter has been delayed because the last three days have been continuos racing for the womens world title. The third race at Antwerp was cancelled after ten minutes racing due to heavy rain, and was rescheduled for the next day at Verseil. I skied awsome in the re-run race, in extremely rough water I was holding on to third position for a period of the race until I had a fall. Fortunately I got up and going again quickly but then had another slip up on the last lap. Then due to the way the point score is structured was penalised for a slow last lap and was positioned 8th for that race. I wasnt the only one, again the majority of the racers out there had 1, 2 or more stops.

We then backed it up again for the 4th race, which was again at Verseil. Unfortunately my body had started to feel the effects of  a week of the toughest racing, and I was exhausted. Im just happy to be finished and relaxing now.

The mens race was again spectacular, with a contreversal finish. Wayne Mawer was eventually crowned the World Champion. I have been really honoured to be on a team amongst such legends. On a whole it was a fabulous experience and I couldnt have done it without all of your help. Thank you very much to all of you.

8th in the world

"My name is Bethany Pledger and I am a competitive water ski racer. I had been competing in races most weekends for over 15 years, I was becoming disillusioned with competing and was tired of the repetitive gym training. I decided to take a break from the sport and focus on finishing my post graduate degree. After well over a year away from the sport I decided to return to racing but this time to approach competitions, and in particular my training, from a new angle. I had heard about the benefits of Pilates on improving core stability and thought it would be a gentle way of getting me back into regular exercise."

I joined a beginners class with Hudson Barry pilates. It wasn't long before I was attending multiple matwork classes as well as bosu, power plate and reformer classes.

The resulting improvements in my skiing were far greater than what I had hoped for. Obviously my core stability had improved which helped reduce muscle soreness around the abdomen and lower back areas (which I had previously suffered from during and after races). However I was amazed to notice improvements in so many other areas, including Endurance - I have learnt to switch on alternative muscle groups when the major musles have become fatigued.

Breathing techniques - I was no longer becoming breathless in short intense periods.

Flexibility - I now use Melissa's stretching positions before and after each race, which has reduced my post race muscle soreness. I also notice the added flexibility which I know will reduce the risk of injury during a fall whilst racing.

My first season back was very competitive and my team and I performed very well. This year was the first time that I have gone to the USA to compete in a race called Catalina Island, it is a marathon of 60 miles in ocean swells. I'm happy to say that I finished in a good time with no falls. I'm looking forward to the coming season and am expecting to be competing for Women's speed records in races all across Australia.

I would like to thank Melissa from Hudson Barry pilates for all her help with the above improvements, but most of all for helping me to get interested and stay interested in a now very varied and alternative training regime."